Pictures on the right show the crude methods employed by villagers in Magadha for protecting the surviving sculptures in their villages from theft and trafficking. 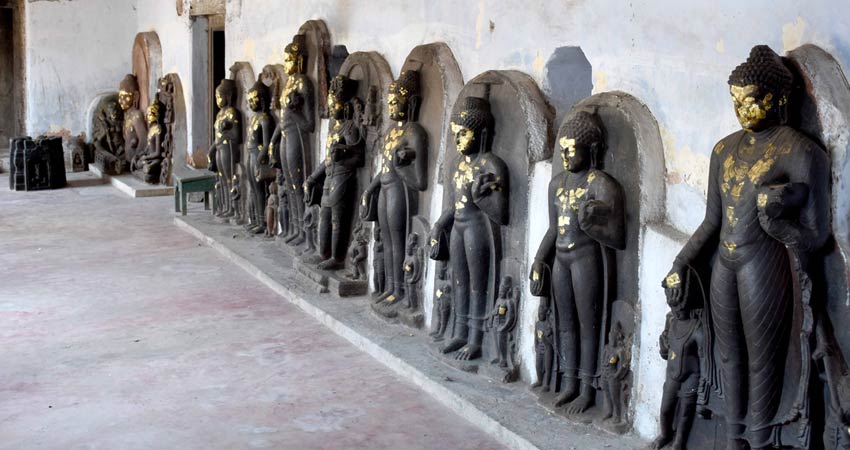 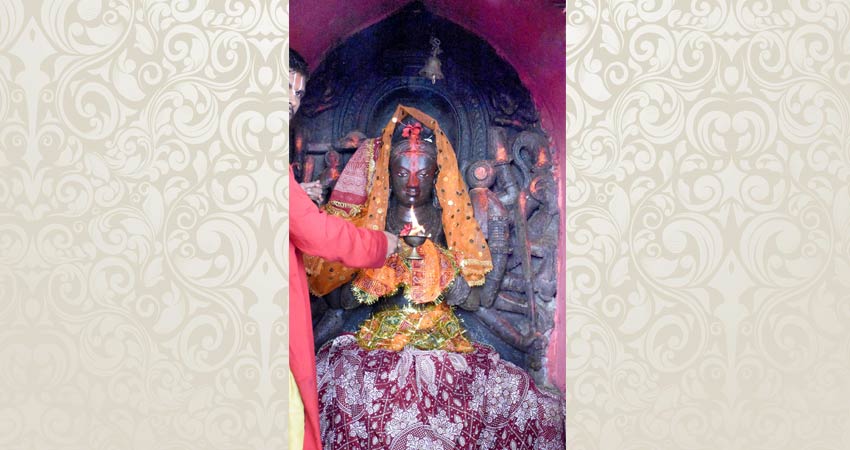 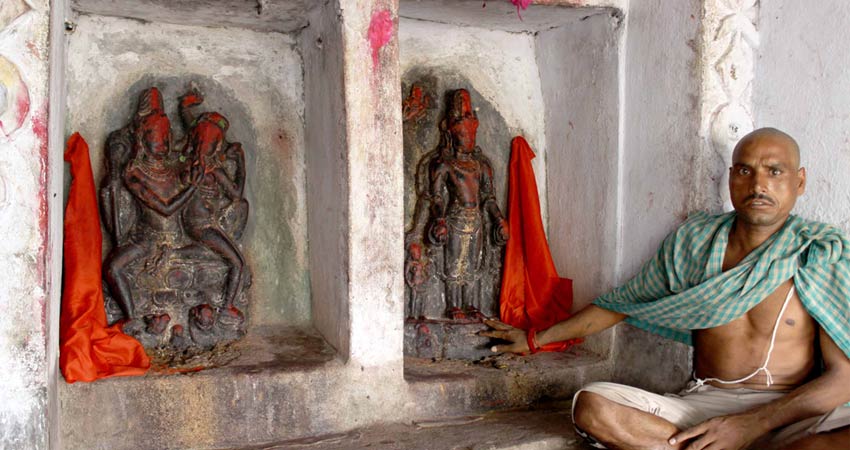 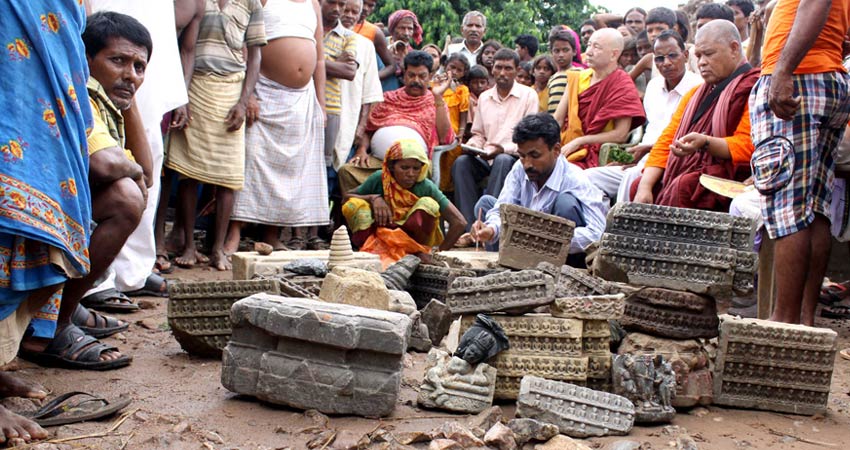 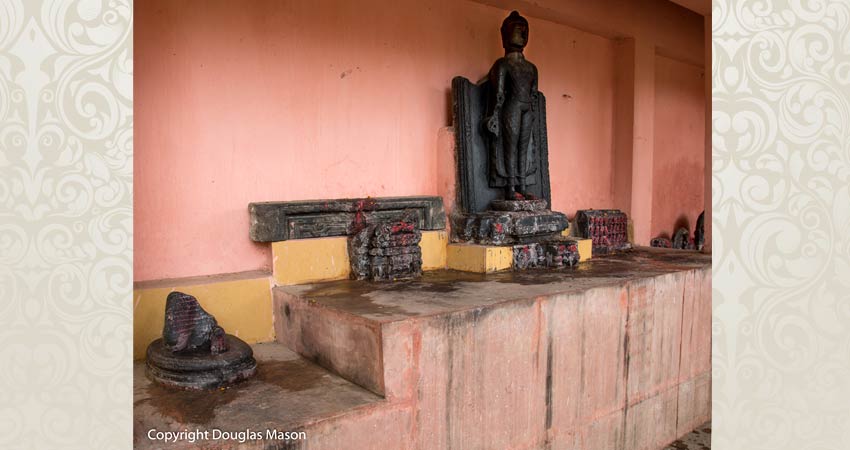 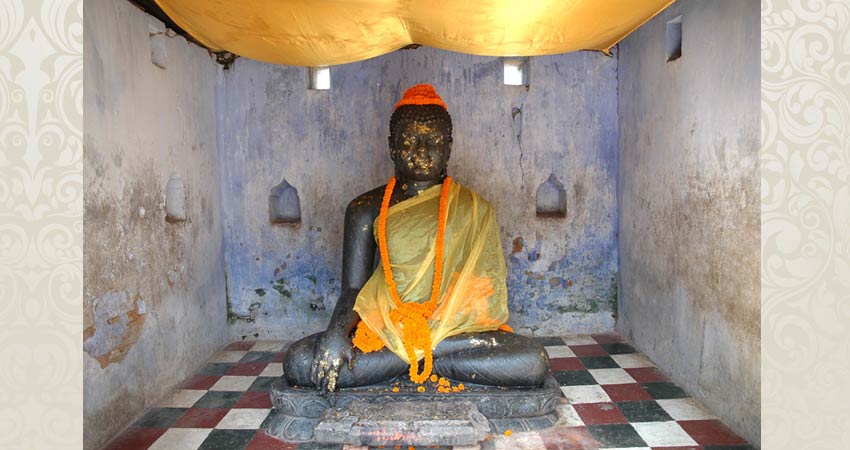 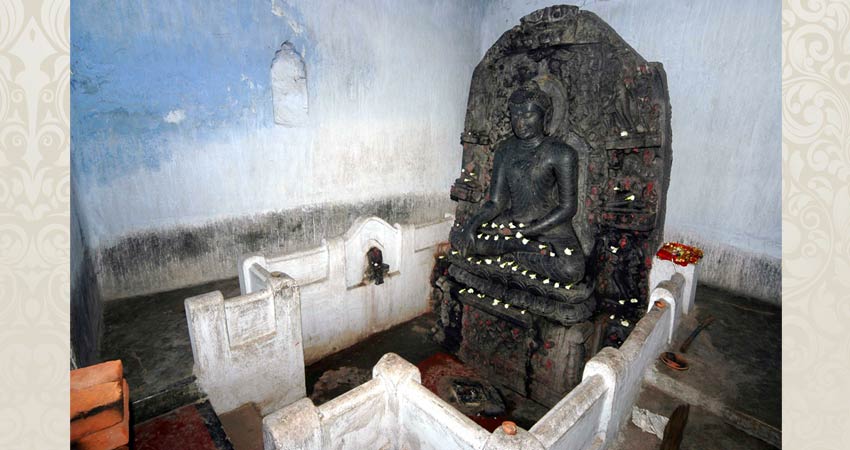 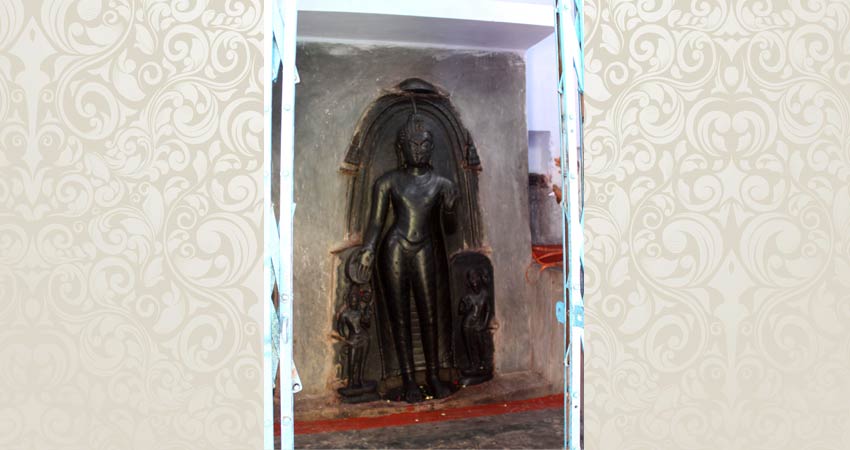 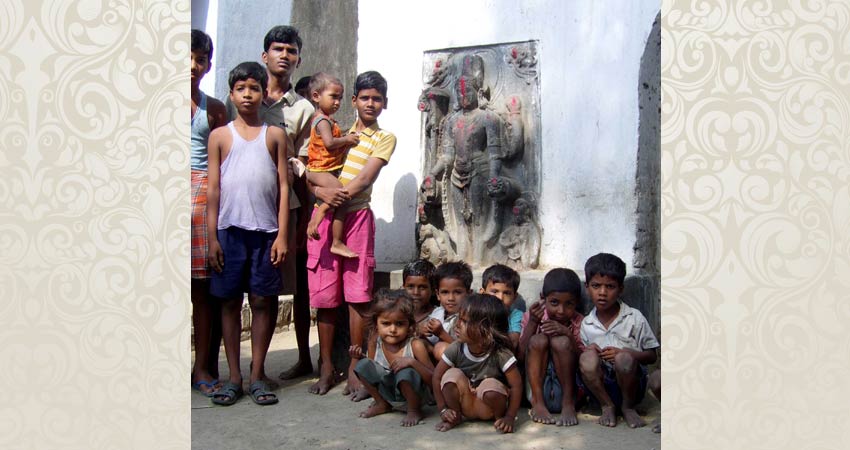 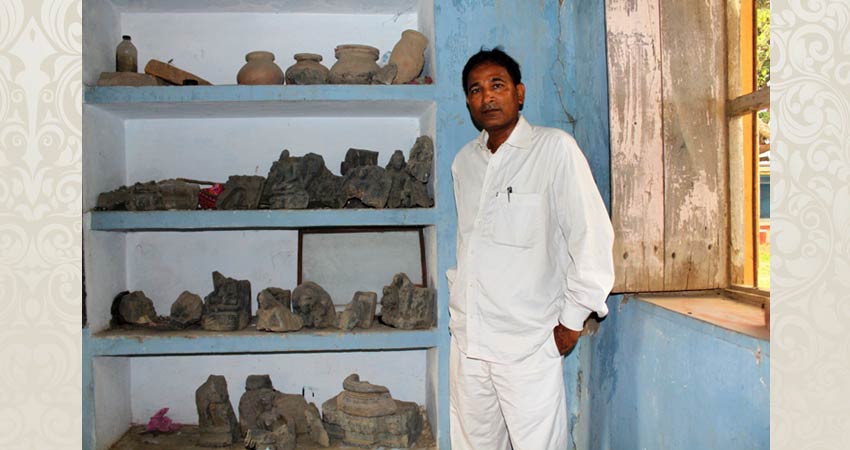 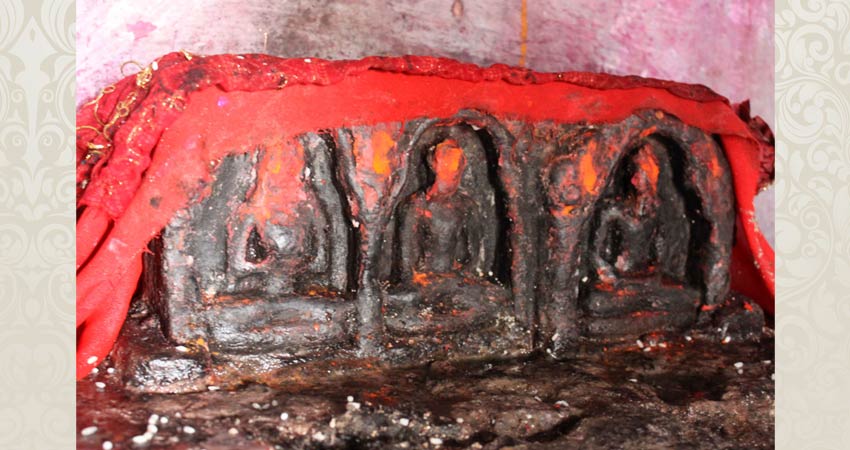 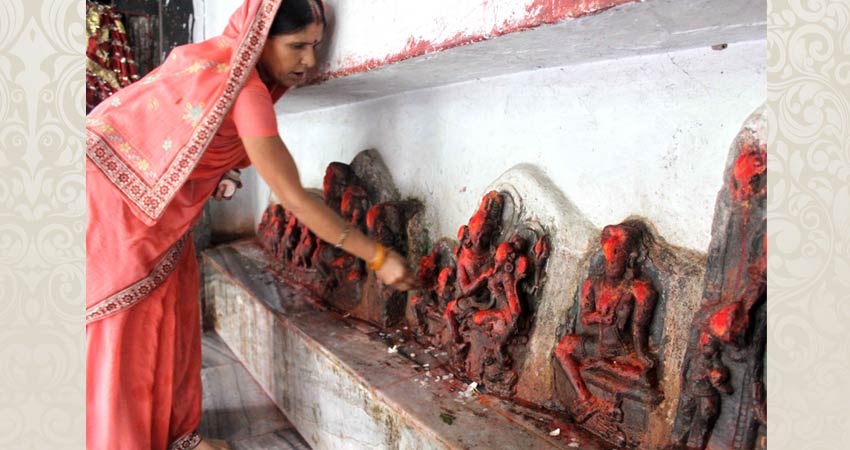 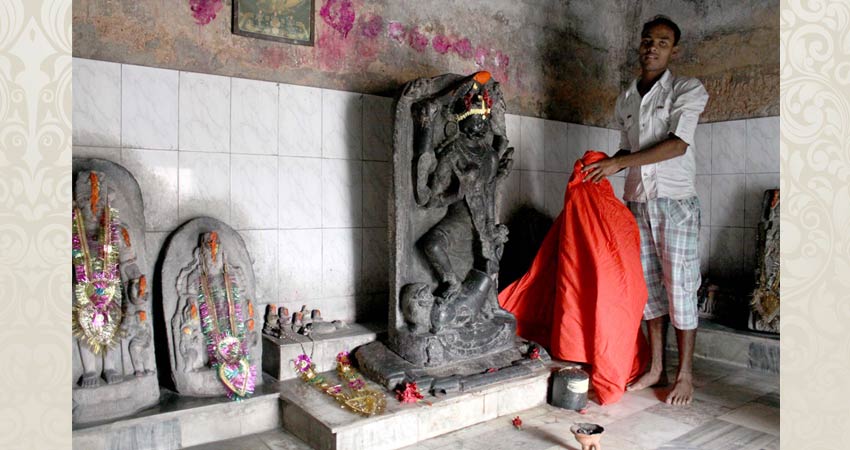 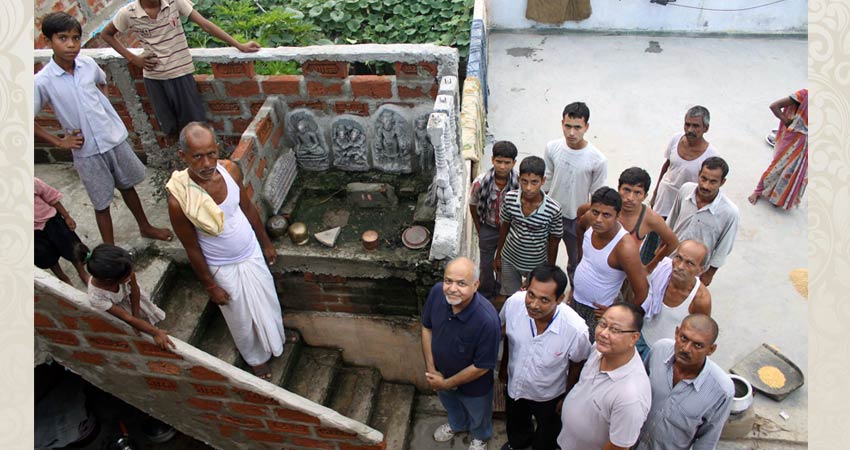 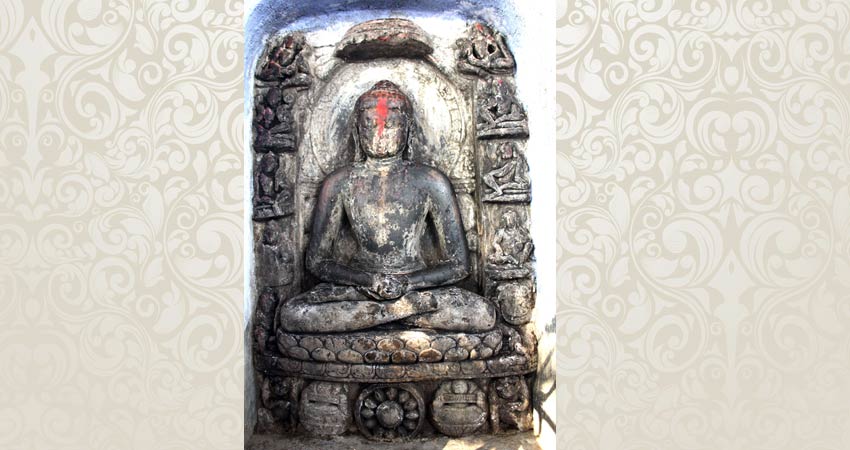 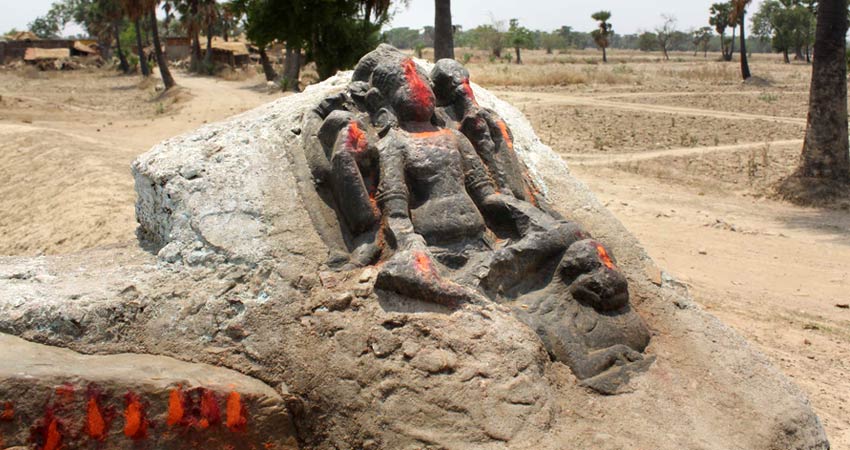 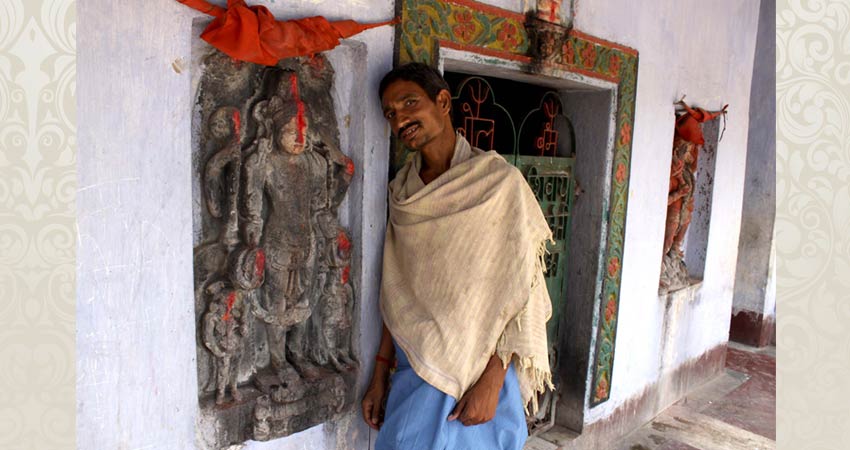 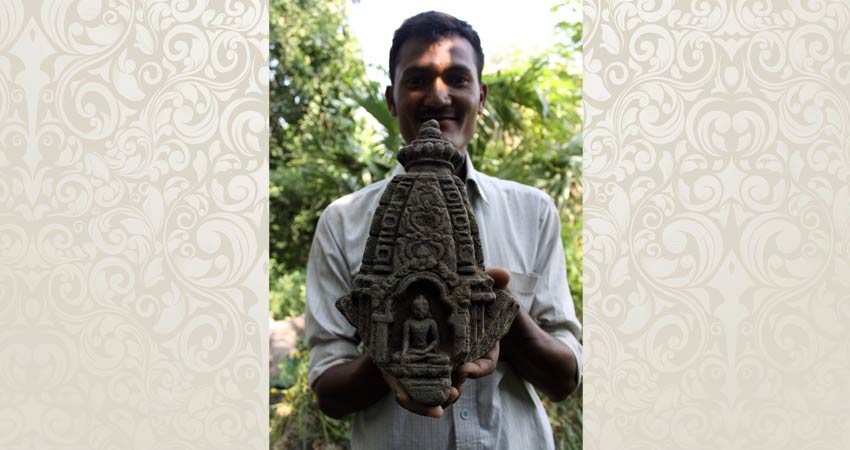 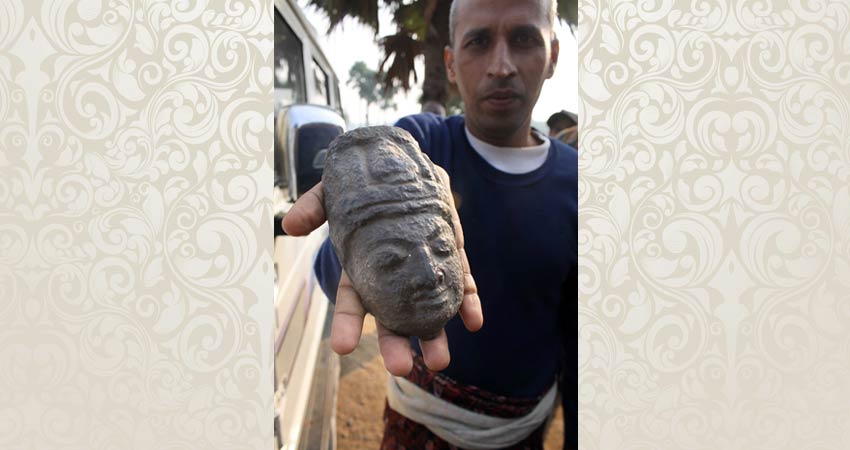 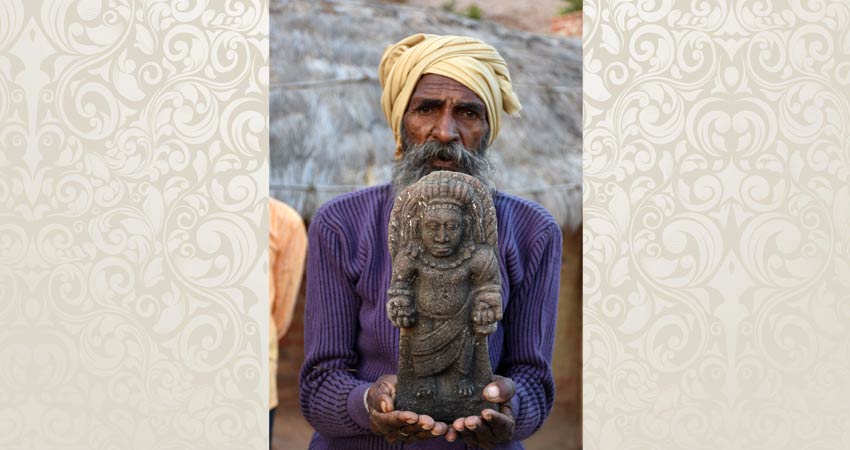 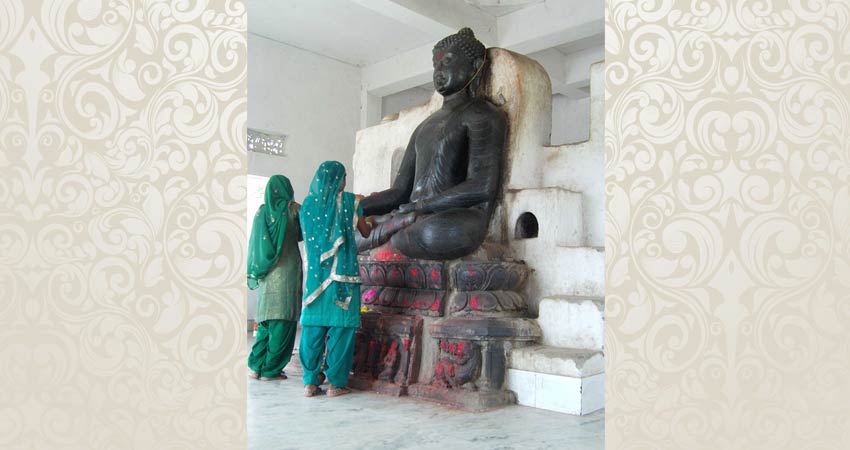 The main cause of heritage loss in Magadha during the 19th century was cursory diggings and removal of sculptures by the British for furnishing museums and private collections abroad. With the exception of few sculptures that were placed in museums in India, the rest of the excavated sculptures simply disappeared. Today, many of them are exhibited in foreign museums without any reference to their place of origin and time period suggesting that they are illegal acquisitions. A much larger number of sculptures are kept in the hidden repositories of museums - away from the public eye. An equally large number of sculptures are owned by private collectors. It is difficult to estimate how many sculptures from the villages of Magadha are in the possession of museums and private collectors abroad. But it can be conjectured that they amount to some twenty-five thousand sculptures.

The disappearance of sculptures from the villages of Magadha has not stopped since the end of the colonial period. It is in fact going on at the same rate or probably greater rate than before. Villagers share stories of how village collectives (place where sculptures discovered in and around a village are kept) that contained up to hundreds of sculptures have now only a few remaining. The disappearance of sculptures from village collectives indicates ongoing theft and trafficking of sculptures. The sculptures found in the villages of Magadha are prized abroad for their beauty and preciousness. There is a huge market for these sculptures in Europe and the United States. The demand for sculptures comes from artefact dealers, auction houses, private collectors, public museums and galleries. A booming trade has consequently developed in sculptures of Magadha that involves local thieves and traffickers on the one hand and international traffickers and artefact dealers on the other.

In an effort to reduce international trafficking in antiquities, UNESCO drafted the ‘Convention on the Means of Prohibiting and Preventing the Illicit Import, Export and Transfer of Ownership of Cultural Property’ in 1970 according to which, all ratifying states had to observe the year 1970 as the marker for enquiry into provenances (record of ownership used as a guide to authenticate an artwork or artefact). In other words, all states that are party to the 1970 UNESCO Convention have to disclose provenances of all antiquities and artworks acquired by their museums and dealers after the year 1970. The aim of this Convention was to reduce loss of antiquities from source countries (countries to which the antiquities originally belong) by compelling market countries (countries which buy the trafficked antiquities) to disclose provenances of antiquities in their possession.

The practice of converting illegal antiquities into legal through creation of false provenances and changing ownerships is called laundering. There are several methods of laundering commonly used by dealers:

Through the various methods of laundering, dealers create false provenances for stolen artefacts which they then use to obtain export permit or official statement of authenticity for the artefacts. Once export permit or authenticity statement is obtained, the stolen artefacts are transported to market countries for sale. Thereafter, the purchase of those artefacts by museums, dealers, auction houses and private collectors in market countries is completely legal. Thus, through a complex web of actors and false information, stolen artefacts are made legal and sold and resold. For source countries, it is impossible to recover stolen artefacts because, first of all, they are not able to identify their artefacts circulating in the market, and even if they are able to, they cannot bear the cost of legal action against dealers and buyers in market countries. In the rare cases when dealers and buyers have been caught with a stolen artefact, they have gotten away by showing that the artefacts were a part of their collection from before.

One major reason why so many sculptures have gone missing from the villages of Magadha is the lack of awareness in local communities of their invaluable archaeological heritage. The nearly 800 villages in Magadha that host the scattered heritage of ancient Magadha are some of the poorest and most underdeveloped in India. Consequently, villagers lack definite knowledge of the sculptures and other ancient remains lying in their village. Nor are they in a position, in terms of resources, to take steps for protecting the sculptures in their village. Moreover, villagers continue the ancient practice of worshipping sculptures in the open. As a result, many of the sculptures whose historical and spiritual value is known to villagers lie as and where they were found for the sake of worshipping. On the whole, most of the sculptures remaining in the villages are unprotected and neglected which makes them vulnerable to thieves and traffickers.

Having said that, local communities have awoken over the past few years to the critical situation of heritage loss in their villages. Consequently, they have made some crude efforts for preventing further theft of sculptures. In some villages, the village collectives have been converted into places of worship thus ensuring that the likelihood of theft is minimized because the sculptures are under watch constantly. In other villages, villagers have tried to prevent theft by cementing the sculptures into the walls of their village temple. At times, individual villagers have taken charge of the security of sculptures by storing the sculptures under lock and key in their own or someone else’s home. In some instances when theft has taken place, villagers have taken the responsibility to report the matter to the local authorities and the police in order to recover the disappeared sculpture. In some villages, the elders and the educated have taken the initiative of sensitizing the rest of the community about their common heritage and its ongoing theft. In sum, villagers in Magadha are extremely keen to protect their heritage and can in fact be seen taking small but significant efforts for protecting it. What they require is further resources and support to continue and strengthen their efforts of preserving and protecting their heritage.