Overview of the Live Museum

Live Museum of Magadha > Overview of the Live Museum

Pictures on the right show the ancient sculptures found in the live museum of Magadha. They are worshipped by villagers in the open since ages. As not much awareness exists about the importance of these sculptures, they remain unprotected. This makes them vulnerable to theft and trafficking. Names of villages where these sculptures are located have been withheld for safety of the sculptures. 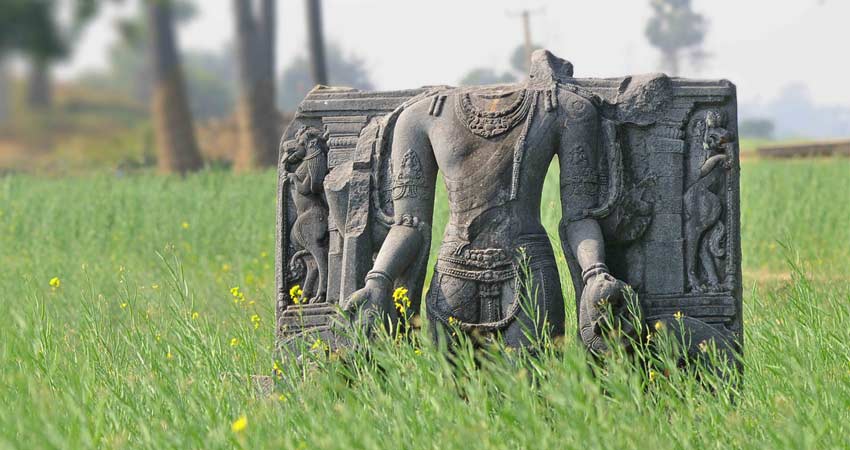 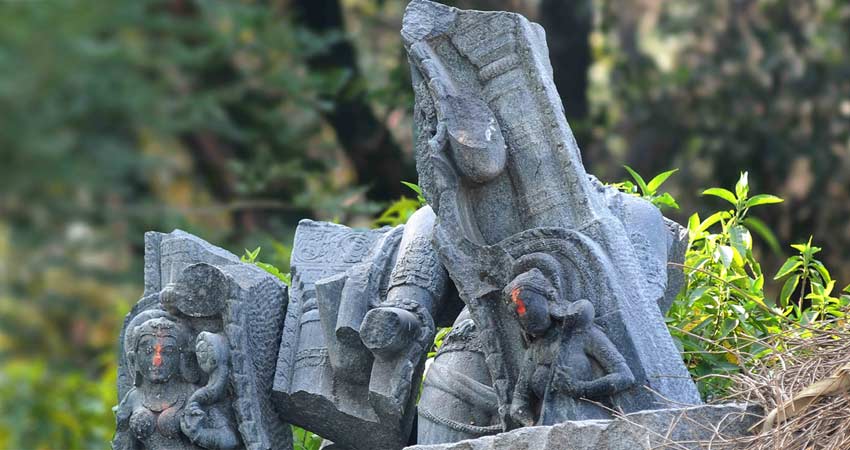 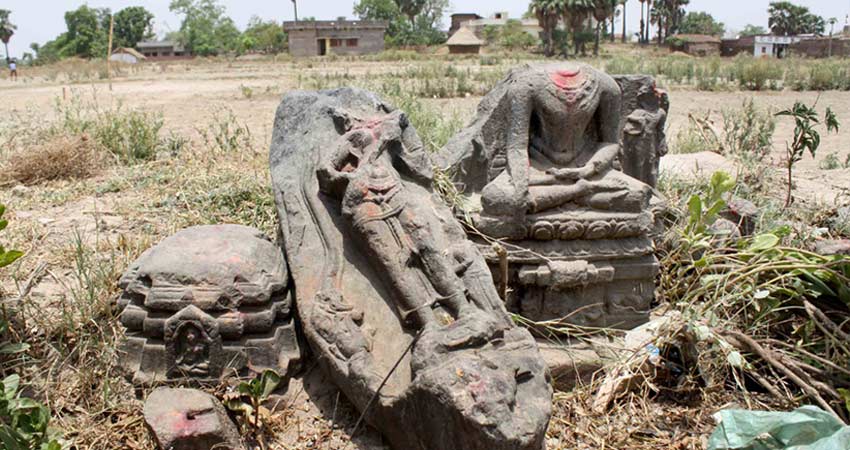 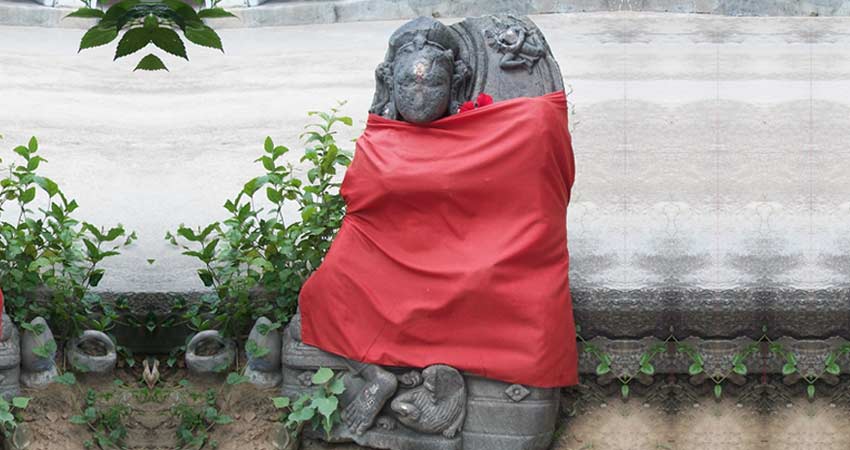 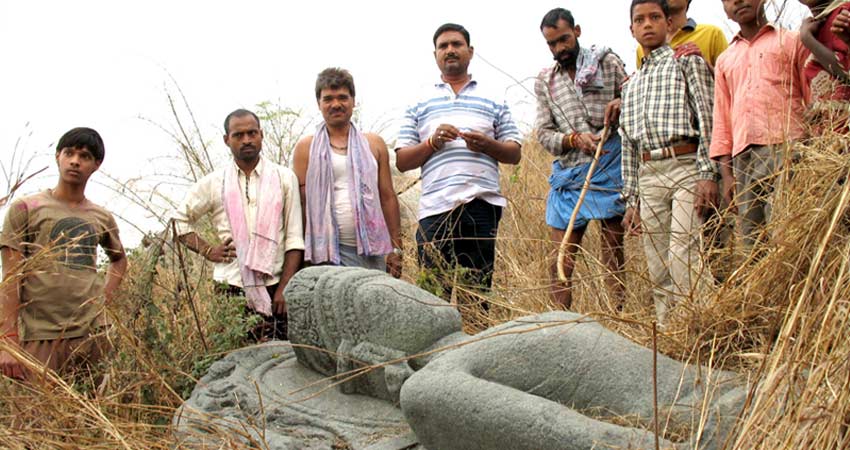 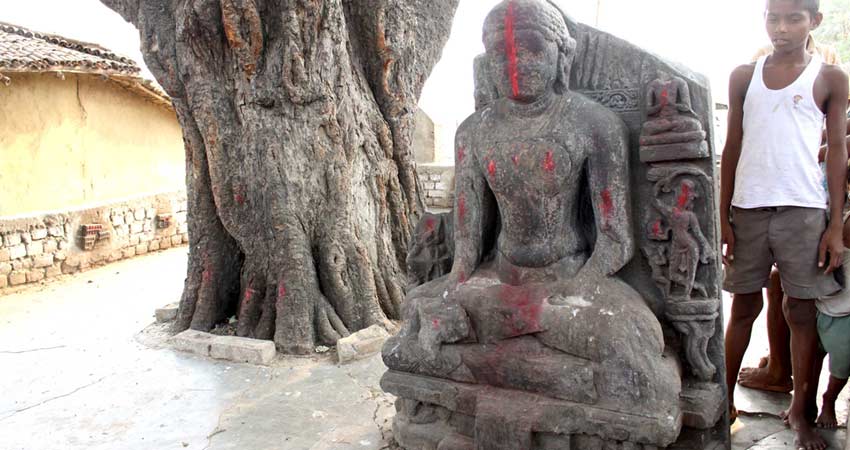 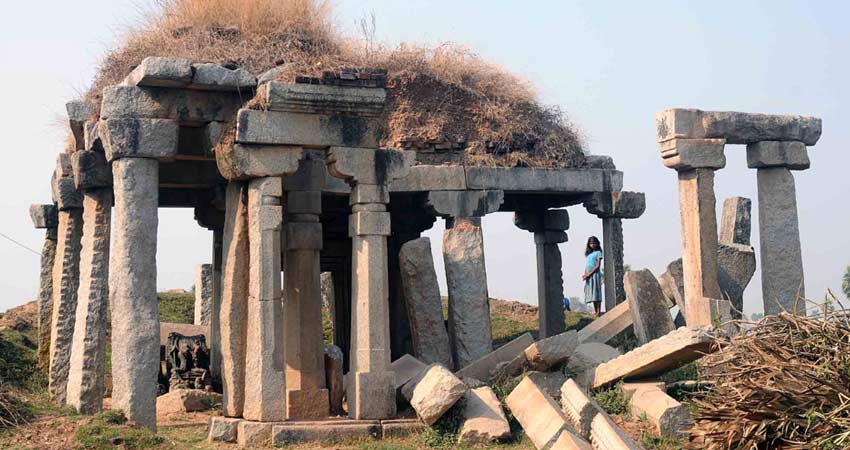 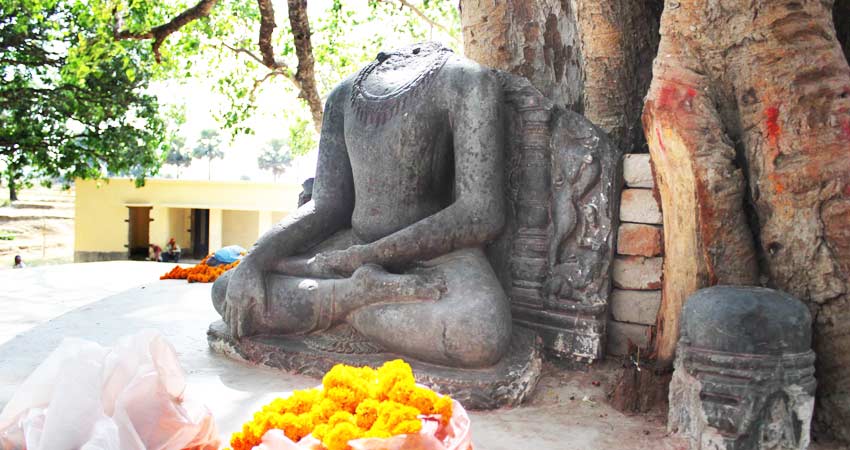 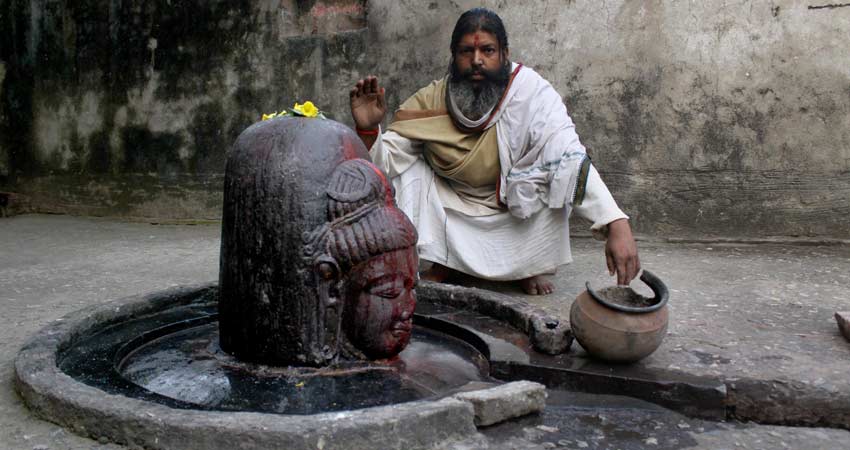 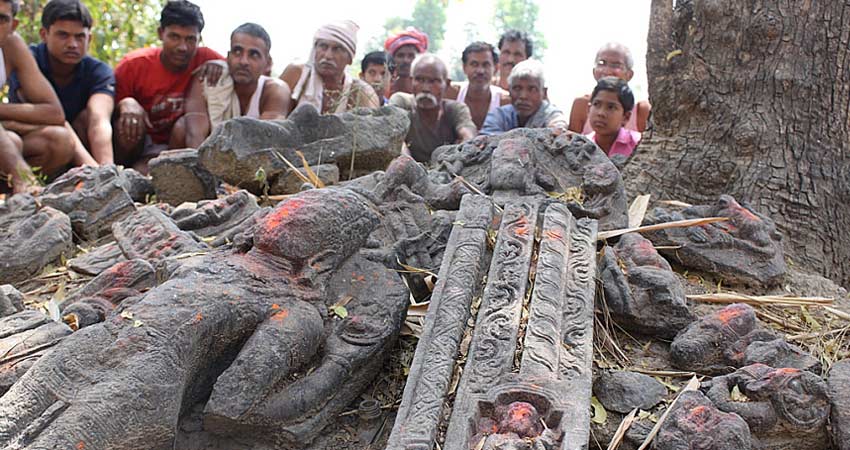 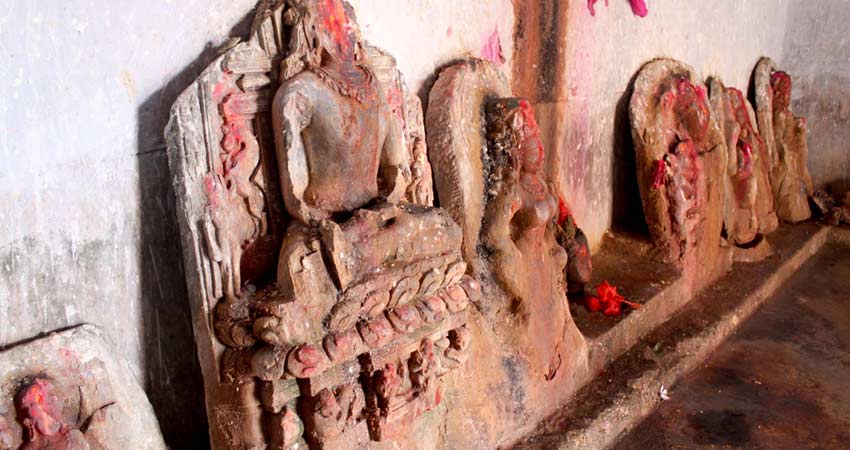 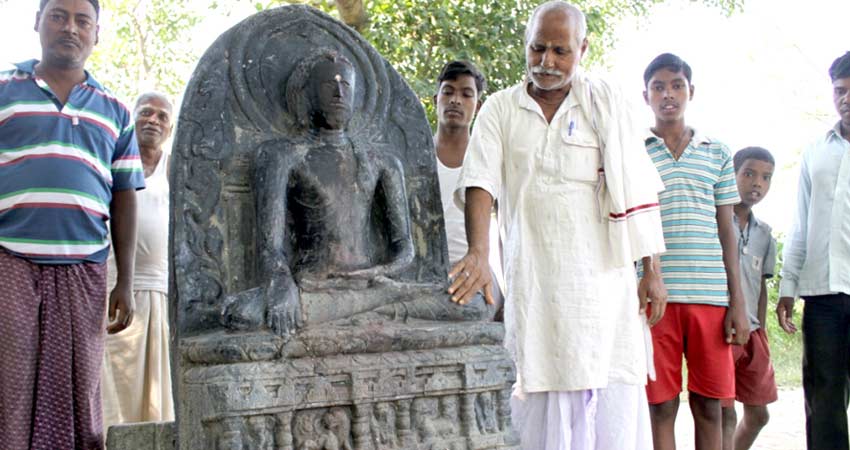 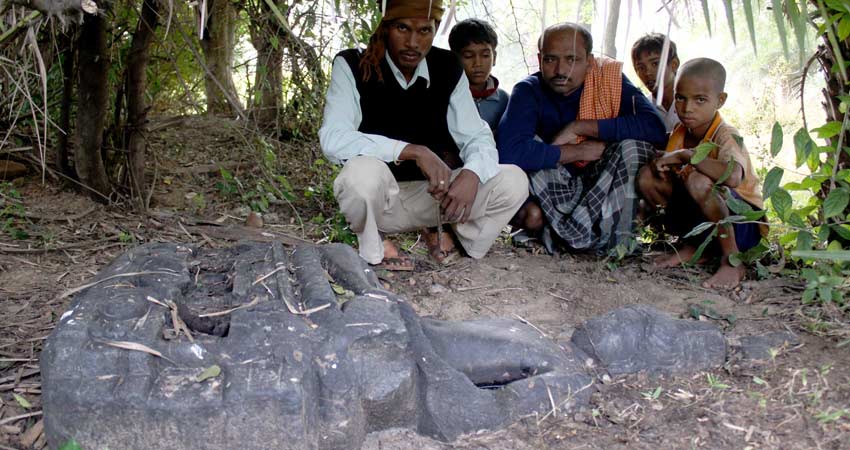 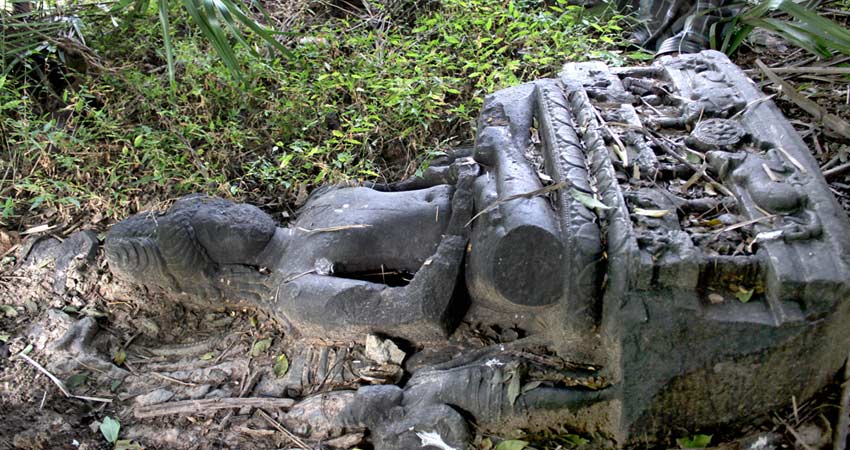 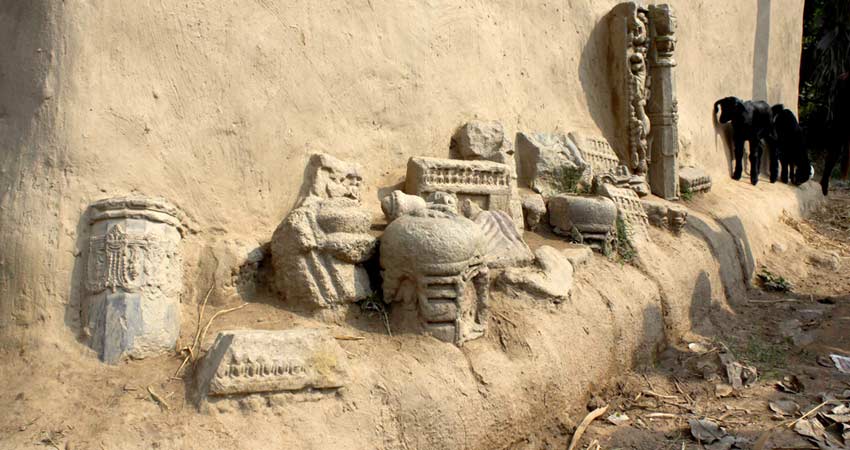 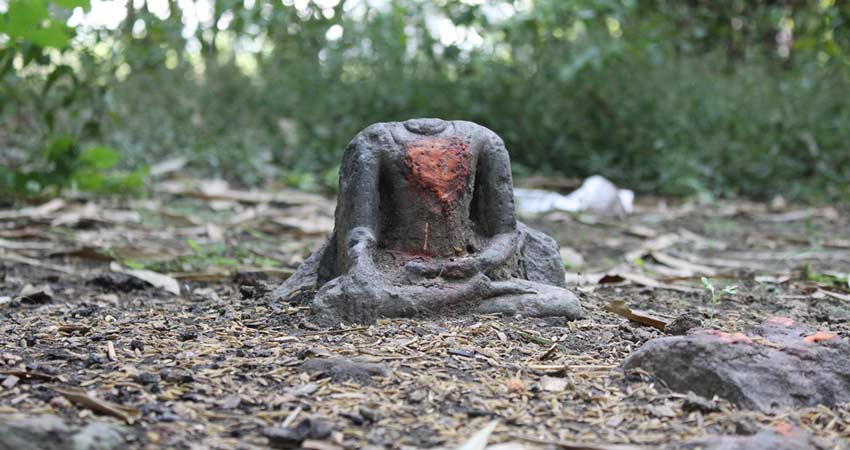 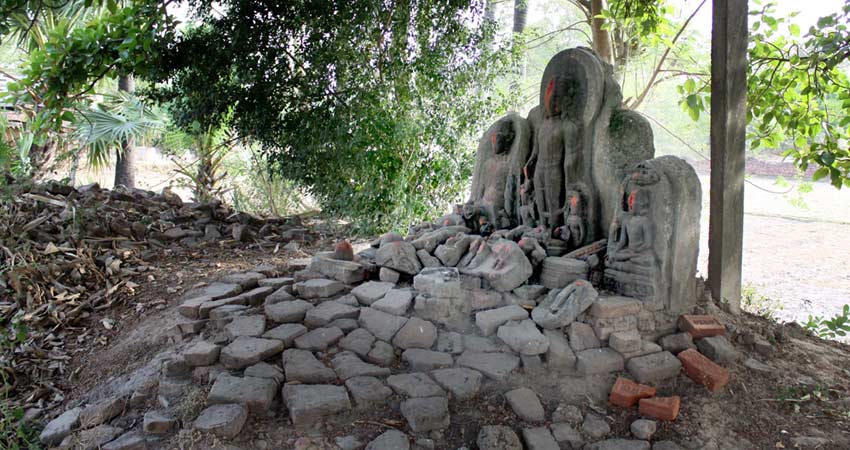 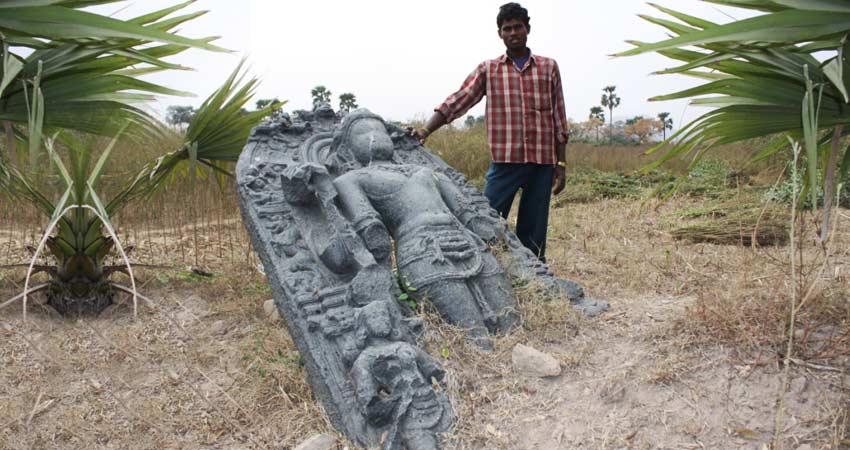 What is the Live Museum of Magadha?

Magadha was an ancient kingdom spread across approximately 19000 sq. kms in the region corresponding to present-day state of Bihar in northern India. It is believed that during the time of Buddha the boundaries of Magadha extended from River Ganges in the north to the Vindhyan Range in the south and from River Sone in the west to River Champa or Kiul in the east. In present times, this geographic area has remains of Buddhist monasteries and sculptures spread across approximately 800 villages. The superabundance of ancient remains makes the region corresponding to Magadha a ‘live museum’. The story of Magadha goes back to the time of the Buddha. In the 6th century BCE, Siddhartha, the prince of the ancient kingdom of Kapilavasthu, set out from his hometown, Lumbini (in present-day Nepal) in search for the truth about life. He travelled through Vaiaāli and reached Rajagriha (present-day Rajgir in Bihar), which during that time, was the capital-city of the ancient kingdom of Magadha ruled by King Bimbisara of the Haryanka dynasty. In Rajagriha, Siddhartha promised King Bimbisara that once he would learn the truth, he would return to Rajagriha to share it with the people. After wandering and meditating for 6 years, Siddhartha attained Complete Enlightenment (sambodhi) at Uruvela (present-day Bodhgaya). Henceforth, he came to be known as the Buddha. In his search for the truth about life, the Buddha acquired the knowledge of what caused suffering in people and how that suffering could be ended. This profound knowledge chiefly constituted what thereafter came to be known as Buddha Dhamma or simply Dhamma (path of practice taught by the Buddha taught).

As promised to King Bimbisara, after attaining Enlightenment, the Buddha returned to Rajagriha to spread the Dhamma. In the first few months after his Enlightenment, the Buddha wandered around Rajagriha to spread his teachings. For the next 45 years, the Buddha along with his following of monks (Sangha) made their sublime wanderings in the kingdoms of the Gangetic plain namely Magadha, Kosala, Vajji, Champa and Kuru and other smaller kingdoms in foothills of Himalayas. The Buddha and the Sangha were reverently received and generously hosted by kings and common people wherever they went.

The Enlightenment of the Buddha in the land of Magadha associated Magadha inextricably with the Buddha, the Dhamma and the Sangha. Emperor Bimbisara established a culture of patronage to the Dhamma and the Sangha. It was continued and enlarged greatly by Emperor Ashoka (3rd BCE) of the Mauryan dynasty. The successive kings of Magadha and lay people continued the tradition of patronage such that in the next few centuries many viharas (monasteries) sprung up throughout Magadha for teaching and practicing of the Dhamma. These Buddhist monasteries were the pride of Magadha in ancient times. Hundreds of monks from all over the world lived and studied in the monasteries. They learnt the sutras (guidelines) delivered by the Buddha and studied other subjects like logic, Sanskrit language, vocabulary, and grammar. Monks went from one monastery to another for gathering more knowledge, and sometimes for deepening their knowledge on a particular subject. By the 6-7th centuries, there were more than 50 monasteries in Magadha. This number multiplied further between 8th and12th centuries. Due to the large number of monasteries, Magadha came to be a sort of ‘land of Viharas’ or ‘Dhamma Engine’.

Indeed, in first millennium, Magadha was renowned world over as the cradle of the Dhamma and the greatest seat of Buddhist learning. It attracted monks and laypersons from all over the Indian subcontinent and other parts of the world. Monks from distant countries tried to establish monasteries in Magadha with the patronage of their native kings and countrymen. The prominent Buddhist monasteries of different countries sent their eminent monks to study in Magadha. On returning home, those monks disseminated their newfound knowledge of Dhamma among fellow monks and countrymen. Many foreign monks and laypersons visited Magadha to visit the places associated with the life of the Buddha. Foreign kings and lay patrons made generous donations to build temples and stupas at these places since they were deemed to be sacred. They also made rich contributions to the monasteries so that monks and lay devotees from their country could live and study at these monasteries. Those monks and scholars who had received an education in the monasteries of Magadha were regarded with great esteem.

They were often invited by kings and Dhamma patrons of other countries to come and share their knowledge of the Dhamma. The flow of monks and laypersons to and from Magadha kept the Dhamma alive in Magadha for nearly 1500 years — from 5th century BCE to 11th century CE. Although there were times when the vibrancy of monasteries was smothered because of hostile rulers; this was compensated for in other periods when supportive kings gave liberal endowments making monasteries prosper vigorously. All in all, the monasteries managed to exist until the beginning of the 2nd millenium. Furthermore, the constant movement of people to and from Magadha due to the presence of the monasteries and the sacred sites associated with the life of Buddha connected Magadha to neighbouring and faraway regions through an elaborate network of roadways and waterways. Thus during the 1500 years that Dhamma existed in Magadha, it was a cosmopolitan region boasting of material, spiritual, intellectual, artistic and architectural wealth.

With the arrival of Turkish rulers to northern India in the 11th century CE, monasteries came under persecution. Monks abandoned the monasteries and took refuge abroad. Monastic life started declining and was wiped out eventually. Locals occupied the abandoned monasteries, extracting from them any item — wooden, metallic or other — of value. The monasteries got reduced to unidentifiable brick structures. With time, the brick structures got buried under piles of earth turning into mounds. The higher mounds were locally called gadh (‘strong foundation’) while the flatter mounds were called dih (‘village deity’ or ‘remains of village’). Folk stories circulated that the mounds were ancient kingdoms ruled by unnamed kings. From time to time, villagers found ancient sculptures from inside the mounds or in neighbouring fields and ponds. Some of those sculptures were worshipped as local deities, but as nothing was known about their origin, they were simply left as and where they were found. The real history of the mounds and the sculptures was completely lost. This ignorance existed till as late as the 18th century CE.

The ancient mounds and sculptures can be seen to this day in the villages of Bihar. Remarkably, the practice of worshipping sculptures in the open has also survived. Several villages have a goraiyansthan (probably a corruption of the word guru-sthan meaning ‘teacher’s place’) where sculptures found in and around the village over the past decades are stored. Since not much awareness exists even to this day about the archaeological importance of these sculptures, they remain unprotected. The presence of vast numbers of ancient sculptures and other remains of monasteries, temples and stupas in the villages makes this region a live museum.